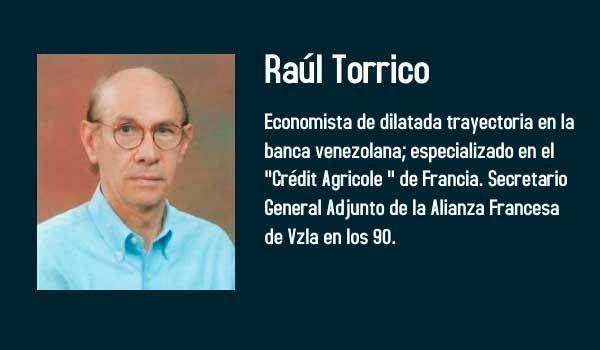 The authors in reference begin by telling as ge that at their peak year 2000 - when their star figure Jack Welch - an approximate value of $ 600 is withdrawn.000 million became a company with serious problems since the scope of financial services had also penetrated relative.

GE became as reliable as an American Treasury bonus and its action in the Stock Exchange to pay a dividend that only once was cut during the great depression;The company was so extensive in its divisions that if a sector staggered, another sector would compensate or support the great body of the company.

The first signs of difficulties could barely be warned while Jack Welch, the greatest executive of his generation, led GE to the cusp.

Just, j.Welch was the one who put an end to the era of selling radios, TV, toaster to concentrate on other domains of diverse kinds that would generate greater benefits including the purchase of the Rcacorporation (owner of NBC).

During the presidency of Welch (1980-2000) almost 1 were held.000 acquisitions for amount equivalent to $ 130.000 million.Welch stood out for growing the financial services subsequently known as ge capital which contributed for 1985 16% of the annual GE profits, then contributing to more than half of the conglomerate profits.Indeed, GE profits went from $ 1.500 million in 1980 to $ 12.700 million in 2000.

Upon the time for succession, Welch promoted JeffImmelt as his successor from 2001.

A first alert sign of the difficult times that would come was the Enron company and its implosion for mass fraud in 2001.Certainly, GE was not Enron but he did use some little transparent artifice and for this he used the company Edison Conduit that although it was not reflected in his balance if he was controlled and guaranteed by Gecapital.This company was used to buy GECAPITAL assets at prices higher than book value and thus increase profits.For that moment, that was not an accounting violation because GE was not transferring the risk of possessing those assets.After Enron's failure and the accounting reform that took place, GE was forced to dismantle those operations.Also the Pension funds of GE was another way to increase income because Ge.

To this was added an event that may seem isolated.Pimco, the largest investment in bonds in the world, questioned the honesty of ge.Bill Gross founding that financial one accused GE of lack of transparency because in those days he sold $ 11.000 million en deuda comercial y tres días después anunciaba que preparaba la venta de otros $50.000 million ocasionando pérdidas a los inversores que se apresuraron al primer ofrecimiento.

Gross also questioned that the CIA could produce 15% of profits every year, therefore, those benefits could not be real.Gross added that GE's bonds were not sufficiently backed by bank credit lines so GE was selling bonds based exclusively on market confidence.

These statements of Gross were a shot to the heart of Gecapital because the Moody’s qualifier reported that the debt to win in commercial bonds and papers for the next 12 months reached $ 127.000 million, pero solo el 24% o sea $31.000 million tenían respaldo de líneas de crédito bancario en consecuencia la acción de GE en Wall Street se derrumbó.However, GE responded on full page in the New York Times refuting Gross's analysis by accusing him of paranoid but JeffImmelt understood that he would have to work very hard to be more transparent with investors so he divided Gecapital into four parts and reduced 10.000 jobs in your first year.

In 2006 it was time to invest in new markets significantly appearing the second -class mortgage market (subprime) which did not seem a difficult decision to make;In addition, what damage could some mortgages add to its vast range of investments?Thus it was that Gecapital for the end of 2006 reached $ 565.000 million en activos financieros.

Immelt did not cease to seek greater profitability for what Geplastics sold and with that effective replied GE actions and invested the rest in rapidly growing businesses.

In any case, Gecapital presented difficulties in the different divisions as happened, for example, with GeentaTiment with the remake of the “King Kong” feature film that cost $ 200 million and did not fill the expectations but management decided not to make due adjustment “for now”.

In spite of everything, Gecapital produced good results but it was always a problem because everything was very complex, full of risks and affects many divisions of the Cía, even J.Welch in his memoirs acknowledged that he lacked full understanding of the complexities of all businesses to the point that he asked his staff to write a basic finance manual to ensure that he had understood the current businesses well.

In the first quarter 2008, the Bear Stear Investment Bank disaster created a lot.

GE technically is not a bank, but left dwarves to the country's banks.The financial instrument called commercial papers were the blood that moved ge.The 2008 mortgage crisis changed the look that the world had on commercial paper since most of them were backed by mortgages so that this became an existential problem.

GE decisively used his influence on the media that Universal and CNBC owned to reassure investors since GE was a triple A company;However, this was difficult to achieve when the sky was falling due to the 2008 mortgage crisis.

At that time, Ge knew that his business center - Health, aircraft engines, electric turbines and media - were solid things for the future of the United States, but external help was needed.The market expected someone like Warren Buffett to provide stability since Ge could not convince their investors in the middle of the subprime mortgage crisis.Buffett bought 3 million preferred shares by generating $ 300 million annually in dividends.Certainly, Buffett's announcement was very timely because that same day a Deutsche Bank analyst came out with a negative GE assessment but when the news of Buffett occurs at noon the action recovered a lot of value of its value.

WhenImmelt assumed the leadership of GE (2001) the action was quoted at $ 38 and by the beginning of 2009 it was about $ 15 and in February of that same year it was in 1 digit thenImmelt made a decision that had been sacred for 70 years: Do not touch the dividend.Consequently, on February 27 he cut the dividend of the quarter of 31 cents to 10 cents something that looks extreme, but it was prudent and pertinent.

New problems with Securities Exchange Commission SEC also came to light as they found deceptive accounts, documents outside the standard, failures in internal controls, so Gee agreed to pay a fine of $ 50 million and the promise of not reopening in those faults.

Immelt proposed to bring the company to 70% -30% in the future, that is, 70% would come from the industrial part of the business and only 30% of the financial part.The way to this would be the simplification because the company came to have up to 500 financial statements of its multiple activities.

Meanwhile,Immelt felt on his head that the price of the share at $ 30 did not arrive.In truth he had already achieved that GE was less dependent on Gecapital but still required a master blow to reach a legacy similar to Jack Welch and for that he found that the future of industrial companies was in programming and computers, consequentlyImmelt risked theprognosis that ge was one of lasprrimadas 10 companies in software for 2020.

But for May 2017, the action was submerged again below $ 30, so the promised profit of $ 2 per share became only desires in such a way that investors estimated that the first step to solve the geal gender was to fire J J.Immelt.

Even more disastrous occurred for the image of the conglomerate.Since 1907, Ge.

Immediately, Larry Culp, 55 was designated to carry out Ge.In spite of everything, Culp did not act very different from Flannery and continued dismantling the conglomerate.

In 2020, the Coronavirus hit the stable source of income in which Larry Culp had trusted: the Jet aircraft engines business as Gecapital rented more than 1.000 airline aircraft that suddenly looked without work.

The company has continued facing problems and seeking profits while fighting for a new dawn.

It is profitable to invest in the Caracas Stock Exchange