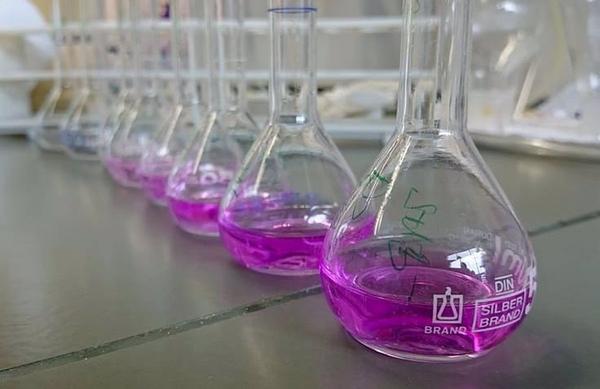 Researchers at California State Polytechnic University report on the use of catalytic pyrolysis to convert plastic waste into a fuel similar to diesel.

Pyrolysis is the thermochemical decomposition of carbon -based matter in the absence of oxygen.

They focused on recycling plastic and turning it into other products or turning it into steam with heat, which was achieved with a catalyst and became the desired product similar to fuel.This pyrolytic process transforms primary organic waste into a sustainable fuel or another valuable chemist.

More than 300 million tons of plastic waste are produced annually, which causes serious environmental problems due to the plastic life cycle and the difficulty of eliminating it.

Consequently, most plastic waste ends up in a landfill or ocean.A significant amount of plastics decompose in microplastics, which are ingested by fish and other marine life forms and wreaked havoc on marine ecosystems.

"The innovative part of the experiment is the catalyst," said author Mingheng Li."The catalyst is essential for this particular pyrolysis process, because it only requires a step to reach the desired fuel product at relatively soft temperatures."

The catalyst prepared immersing a Zeolite substrate in an aqueous solution containing nickel and tungsten and drying it in an oven at 500 degrees Celsius.The synthesized catalyst was used together with a single -stage pyrolytic reactor designed in the laboratory, which worked at a 360 degree adjustment point Celsius to break down a mixture of plastic grocery bags of groceries.

The catalytic process used in this experiment with plastic waste could also be used to process other waste, such as manure, urban solid waste and used motor oil, to manufacture usable energy products.

"This pyrolysis process serves as a definitive step to reduce dependence on fossil fuels," Li said.

The researchers found that the pyrolysis product was very similar to a standard diesel fuel product through chromatographic gas analysis, a type of chromatography that is used in analytical chemistry to separate and analyze compounds that can vaporize without decomposition.

In the future, the team will work to explain the cracking mechanism that occurs on the surface of the catalyst.In addition, they will try to optimize the production of diesel fuel from various mixed plastic waste.

What are plastic bags for