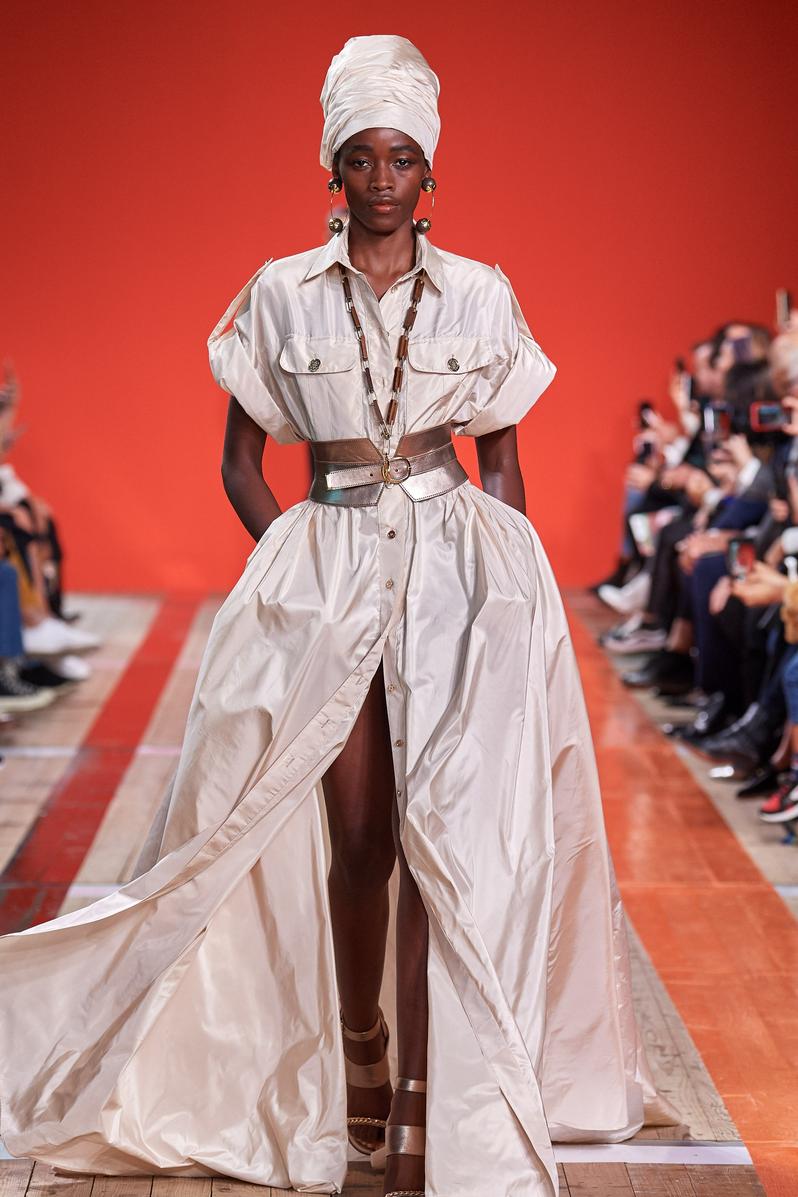 Culture From turmeric baths in India to wedding ties in Mexico. Vogue takes a trip around the world to explore wedding traditions you didn't know about.

We have all heard one of these wedding traditions: "Something old, something new, something borrowed and something blue" or that of the groom who cannot see his fiancée days before the ceremony. However, there is a whole world of traditions, rites and beliefs that are part of this special day.

The road to true love, it seems, is never easy, and wedding traditions around the world seem to seal this belief, from fake kidnappings in Russia, to brides being woken up by the sound of bullets in Austria. Traditions that, as unusual as they may sound, go hand in hand with the most current bridal trends.

Preserving these traditions is an important factor for many cultures: from the robes with ancient roots in Africa, to brides who bless their single friends in Brazil thanks to their wedding dress. Vogue invites you to a global celebration:

In Brazil, tradition dictates that brides must write the name of their unmarried friends inside the hem of their wedding dress (the same is repeated with brides in Greece, only this happens on the sole of their shoes). This blessing will bring luck to single women, making them the next to go to the altar. Brazilian brides also wear gold heels for a special dance at the reception, there in the middle of the floor, the guests begin to give their gifts in cash.

Nigerian weddings revolve around the use of materials. Dresses in vibrant colors are a typical tradition for brides in this country. That is why they must wear various ceremonial costumes of ancestral tradition. Some pieces are made of aso oke, a handmade cloth that symbolizes the tribe of the bride's family, the tribe of her future husband, or both. Fabric and color consistency are key. The couple must share similar outfits, an aso ebi, which is also shared by the guests.

Weddings in Austria start off with a bang. In the mountainous regions of Salzkammergut, Tyrol and Styria, wedding tradition dictates that brides should be woken up to the sound of gunshots or fireworks on their wedding day. This is how neighbors and friends create a mini chaos outside their house in order to ward off evil spirits.

The san san kudo (meaning “three, three, nine times”) sake ceremony is one of the oldest wedding traditions in Japan, dating back to the early 1600s. Instead of exchanging vows, the bride and groom (and parents too) drink sake, three times each, from three glasses of different sizes. The first set symbolizes the seal of union between families, while the second three sips represent hatred, passion and ignorance. The last three sips represent freedom from those three flaws mentioned above. Three is considered a lucky number, so nine total sips means triple happiness in marriage.

See moreSustainable wedding dresses: This is how you can buy one in 2021

Since ancient times, henna dye drawings have been associated with good luck and play a fundamental role in Tunisian weddings. There the couples are entertained for six days before the formal ceremony takes place. For the henna ritual, the ink is applied in intricate floral and butterfly designs to the hands and feet of the bride. This must be done by another female member of her family. The harkous ceremony takes place the next day, where the dye is reapplied again, while other women perform traditional Tunisian songs.

A very superstitious nation when it comes to weddings. Italians avoid getting married on Tuesdays (because of the relationship this day has with the god Mars, of war) or on Fridays, since it is believed that negative spirits were created on this day. May and August are also crossed off the calendar, as are the eves of Advent and Lent. On the plus side, Italians often surprise brides with a serenade, where the groom sings through his fiancée's window the night before the big event.

The Russians put a humorous spin on the expensive "dowry" that a bride must pay in other parts of the world. They carry out a particular wedding tradition where the bride is kidnapped by her parents before the ceremony. The groom must now make the gesture of vykup nevesty ("pay the ransom"). The in-laws thus create a series of challenges to prove that he is really in love with his daughter, but in reality the objective is to embarrass him a little. If the challenges are not met, the groom must pay the bridesmaids in flowers, chocolates or cash.

In modern Mexico, weddings are a mix between old and current traditions, for example "el lazo" (the wedding tie), is still a tradition. This accessory represents love and unity, and is made with flowers and rosary beads, and is then placed around the shoulders of the couple by the godparents, after saying their vows. In the most traditional sense, godfathers and godmothers are chosen for their experience and strength in their own relationships, so it's bad luck to let a single woman lay down the ribbon.

A choir of tears sets the mood for a wedding in China's Tujia town. "Cry for the groom" is a wedding tradition where the bride cries for leaving her home and as a symbol of gratitude to her parents. It is customary for the bride to start crying a month before her wedding, and then she will cry along with her mother, grandmothers, sisters, and aunts on the day of the ceremony.

Thanks to English folklore, we have the well-known superstition of wearing "something old, something new, something borrowed and something blue", although originally this phrase also included a silver penny in the shoe. All this with the aim of guaranteeing good luck in the union of a new couple. The tradition that later spread to America states that the old item will bring luck to the future bride's baby, something borrowed from a happy bride will bring luck in her future marriage, and the new item brings clarity about the future. And the blue? It represents fidelity and a deep desire for prosperity.

A few days before their wedding, brides in the Indian state of West Bengal and neighboring Bangladesh go through the ritual of gaye holud, which literally translates to "turmeric on the body." The event usually takes place at the bride's home and involves the married women of her family grinding turmeric in a mortar and pestle and applying the paste to the bride's face and body. Turmeric, widely known for its anti-inflammatory and anti-aging properties, will help illuminate and leave the bride in optimal condition before the big day.

What color should the bride's shoes be?