"Can you make the glass heels comfortable?" The unknown side of 'Cinderella' with Camila Cabello 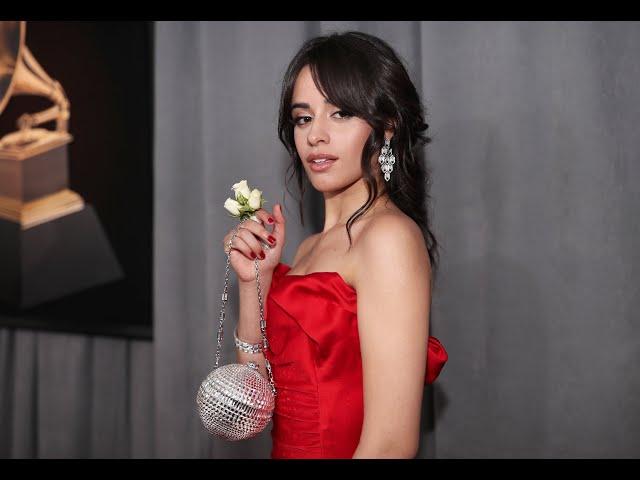 "Can you make the glass heels comfortable?" The unknown side of 'Cinderella' with Camila Cabello

To begin with, nothing better than highlighting that 'Cinderella' is the first Hollywood version of a Latin Cinderella, thanks to Camila Cabello's Cuban and Mexican roots. And as she demonstrated in our interview, beyond having her heart in Havana, Miss Cinderella, she received us speaking perfectly in Spanish.

"I'm super excited to be here, talking about Cinderella in my language." In that sense, she had no qualms about accepting comparisons between reality and fiction. "We are very similar," she assured, noting that "I don't like heels. Like in that scene with the glass slippers where Cinderella [asks the fairy godmother] "Can't you make them more comfortable?" It is something that I would also ask my fairy godmother, if I had one in real life.”

"I'm super excited to be here, talking about Cinderella in my language." In that sense, she had no qualms about accepting comparisons between reality and fiction. "We are very similar," she assured, noting that "I don't like heels. Like in that scene with the glass slippers where Cinderella [asks the fairy godmother] "Can't you make them more comfortable?" It's something I would ask my fairy godmother too, if she had one in real life."

The great differentiator is showing herself as a much more independent woman than in previous versions "I think my Cinderella character is a feminist, without that word existing at that time."

She stated that she “is very aware of her inner voice, that voice that tells you 'this isn't fair, this shouldn't be like this'. And without her having an example or a model, she changes what is happening in society. She has talent, she has a vision and dreams. And at that time, women could only aspire to be wives.”

From the first moment, the proposal to have Camila Cabello as the first Latin Cinderella, in English, seemed like a genius. Of course, some producers were not so sure that she would accept. After all, she had never worked as an actress, and Mariah Carey and Madonna's last experiences in the cinema had not been the best.

But with a better example as Lady Gaga in 'A Star Is Born', the director Kay Cannon specially flew to Miami, to convince her with a very special gift: a pair of shoes… glass.

The original idea of ​​filming a musical version of Cinderella had been from the same creator of 'Carpool Karaoke', James Corden. It all started with the big question “Why can only Disney produce a fairy tale? And why are they always so out of date? As the producer of the new blockbuster, he even appears as one of the mice who ultimately become Cinderella's great escort.

The Making of a Modern Fairy Tale

It would have been logical for them to also hire Shawn Mendes, for the role of Prince Charming, but according to Camila "it would have been very strange because he is my boyfriend in real life." The studios had asked them to look for a complete stranger with the air of a star. And that's how they chose Nicholas Galitzine among more than 100 actors. Of course, Shawn was present during the shoot, especially when he surprised Camila the day they filmed the famous night of the dance (although nobody knows if he stayed until after midnight).

The blockbuster was filmed very close to the real Buckingham Palace, less than an hour away, costing £50 in a taxi or totally free only for those lucky enough to have a fairy godmother get them a magical carriage.

In reality, Camila Cabello had already met a true prince a year before filming: William at Kensington Palace. And as in a movie story, for a joke between friends, she dared to steal a pencil, which to this day she still has as if it were a glass slipper.

The interior of the palace in the fiction of 'Cinderella' was filmed in the same place where Winston Churchill was born, the only private home that has the permission to bear the name of Blenheim Palace (of the Dukes of Marlborough).

The costume designer is Ellen Mirojick, who had dressed Angelina Jolie in 'Maleficent'.

What's more, the song 'Somebody To Love' appears on these two versions of 'Cinderella', because after all, there is no more 'real' music than Queen.

As one of the biggest changes, Billy Porter now plays the fairy godmother who for the first time has no defined gender. And as Camila Cabello told us: “it makes sense, because it is pure magic of diversity”.

Not even the magic of a fairy godmother could have saved the filming of 'Cinderella', which had to be suspended due to the pandemic, just a month after filming began, in March 2020. Only in August 2020 did they resume filming for a a month more. With all the protocols of the pandemic, for almost six months, the production carried out 12,000 COVID tests, and thanks to all the care there was not a single positive.

Among the most famous songs they chose for the musical version of Cinderella, Madonna's 'Material Girl', Ed Sheeran's 'Perfect' and the more Latin 'Let's Get Loud' by Gloria Estefan stand out. Of course: Idina Menzel and Camila Cabello had the opportunity to specially compose their own original songs 'Dream Girl and 'A Million to One'

Considering that in the new version Cinderella asks for shoes that are much more comfortable than crystal heels, the Onitsuka Tiger brand from Japan created a limited edition of platform sneakers. With mirror-like effects and the movie logo.

In addition to the leading role in English, Camila Cabello was personally in charge of dubbing her character in Spanish, along with the rest of the Mexican actors for the rest of the characters.

From the beginning, instead of a streaming platform, they had thought of premiering on the big screen in movie theaters and Sony had even scheduled the premiere for February 5, 2021.

A month earlier they changed the date to July 16. But due to the pandemic and without a definite future for theaters, they canceled the premiere and as a happy ending, Amazon ended up buying the rights to project it via streaming starting on September 3. But Sony Pictures studios ended up getting the television and DVD rights, like a lucky glass slipper.

with the magic in the shoes full movie in spanish