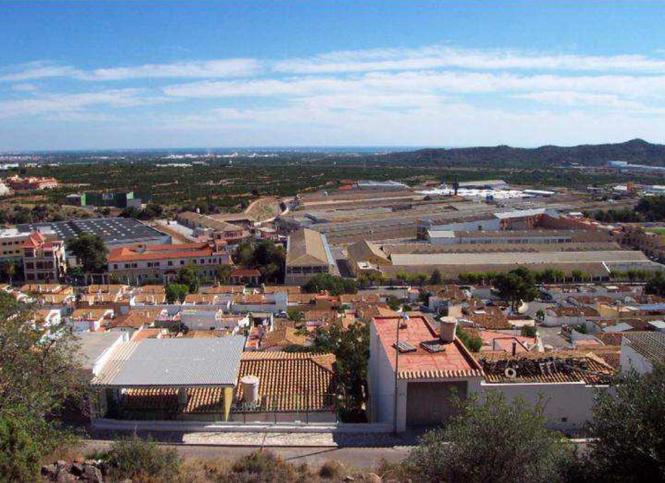 The Vall d'Uixó: from the Segarra Empire to Ciudad Bedroom

The first factory was founded in 1906 and was installed at the end of the street of Cova Santa (then the glovesty was called because, in addition to footwear, gloves were also made).In 1930 the work of the ship on the Xilxes road began, where it remained until it closed in 1992, after a deep crisis due to the appearance of the cheap labor of foreign markets and, as a consequence, of priceshighly competitive.

The factory reached a daily production of fifteen thousand pairs of shoes and five thousand workers, of the Vall, but also from other provinces such as Teruel and Albacete and the communities of Murcia and Andalusia.Entire families were based on footwear, in addition to the company was an impulse to the population's population growth with the construction of the housing of the Segarra and Carmadai neighborhood, where employees resided free of charge.A clinic attended with the best doctor of the time, the school of apprentices, the economy and the savings box were other services that Segarra made available to its workers.Some talk about industrial paternalism, others simply give work at a time (the postwar period) in which families were totally devastated.Be that as it was, the Segarra factory is part of the history of this city that went from being a reference in the national economy to the bedroom city and that, currently, maintains an arduous commitment to tourism with the promotion of the Grutas de Sant Josep.Nothing to do with what was.

The main, and initial production was that of the Spanish Army military footwear.There the famous three buckles boot was manufactured that was roadway by the first Battalions of Castellón volunteers destined to the front of Madrid during the Spanish Civil War.With the purchase of the Good Year patent, the Segarra industry began a new business impulse with the manufacture of civil footwear characterized by its great durability.Among the anecdotes, they say that the children ended up tired of the shoes and only wanted them to break to buy others.

To the noise of the bell, the workers began their workday.They charged every Saturday and had the possibility of doing overtime, also paid.In addition, Silvestre Segarra Bonig, personal friend of Francisco Franco, presented his employees with a bag with a chicken, apples and rice for Christmas.Also on December 31, he put himself in the courtyard of the skins on a table and gave the children of the workers two hard for congratulating him on the day of his saint.Weekly and throughout the year, two kilos of potatoes, one kilo of rice and a malt packet or a soap pill.

The workers had all kinds of facilities.From a large dining room for the people who came from outside (the workers of neighboring towns of Alfondeguilla and La Vilavella left at half past six in the morning and went on foot), to an economy where they could make the purchase.First there was only food but, little by little, the products with equipment for the house were expanded.Precisely in this economy, many young people from the time bought the trousseau.To facilitate that employees could buy, the economy opened half an hour before they started working and remained open half an hour later the working day.

Segarra also made available to its workers a clinic with the best specialist doctors: dentist, oculist, digestive and even surgery.Among the doctors was Vallero Don Octavio Ten, who was the practitioner.The director of the Clinic was Don Leopoldo Alapont.

Did You Know - If you have an iPhone or iPad You Can Scan Documents to Upload to Your Team!⭐️ A Much Easier Way Th ... https: // t.CO/0DJPFBPF

The doctoral thesis of the Professor of the University Jaume I (UJI) of Castelló, Fernando Peña, entitled «Història de l'Empresa Segarra.PATERNALISME INDUSTRIAL I FRANQUISME A LA VALL D'UIXÓ (1939-1952) »Talk about this case as an example of industrial paternalism in which all the facilities that the company gave were for their own benefit: homes as a guarantee that the next dayHe would go to work and a clinic to repair the workforce, for example.In short, Peña talks about the loss of control of her own lives in exchange for family livelihoods.However, the memory of some workers is another.They, the civil population devastated and ruined by a war, saw in Segarra the protective god and the hand that gave them work, bread and house.The man who dignified their lives in a time when many families struggled to subsist.

In 1973 Spain enters a great economic crisis that the Segarra factory does not escape.The expansion of the Segarra family, the quarrels for taking control of the business and the appearance of new footwear -producing countries with very low costs made the signs of Silvestre Segarra announce the suspension of payments.It was September 1976 when all the media of the time collected this event that meant the economic death of the Vall d'Uixó.

In 1978, State Heritage acquired society by converting the Segarra Factory into Mediterranean Industries of the Skin, SA (IMEPIEL).It was the beginning of the end.The company would never recover its initial status and in 1992 it would definitely close.The workers remember that the last days there was no production but that they had to remain in their job.To take time, employees were dedicated to crochet peucos, dye hair (one of the last workers was a hairdresser) and playing the deck.This is how the Segarra factory became the memory factory.

The Vall d'Uixó would never have an economic engine as important as that of yesteryear.Currently, it is a bedroom city in which practically the entire population (31.819 inhabitants according to the INE of 2016) works in other municipalities of the province.Only the Belcaire polygon houses some important companies such as Roca and Blmaq.In addition, the municipality maintains a commitment to tourism as an economic revulsive, mainly in the groups of Sant Josep, an underground river, more than three kilometers in length explored, which is postulated as the new attraction of the city.